Today is the reveal of Andrew Thornton's Star Frost Special Challenge.  I apologize for the delay.  My computer decided it needed to update some programs and I wasn't able to wait until midnight so that it could happen.

Andrew always makes up the most inspiring bead kits for his challenges. 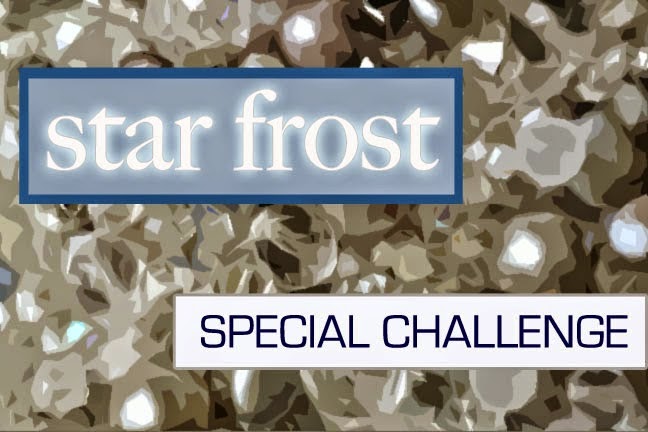 He selected a crisp, clean palette. The kit features snowy whites, cool silvers, icy blues, wintery grays, and crystalline clears. When thinking of the challenge, he tried to summon up the first weeks of winter, when all is transformed, as if by magic, into a winter wonderland. 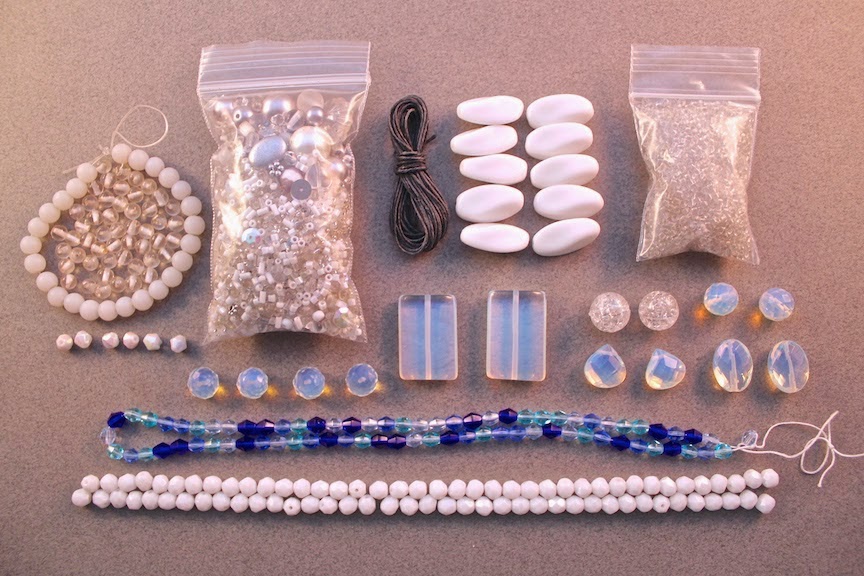 Andrew adds a Mystery Component to each challenge. For the Star Frost Challenge, he created a polymer clay pendant using a combination of tinted pigments, Gilder's Paste, nail polish, and acrylic paint to create the finish on this pendant. He thought it was perfectly wintery to compliment the kit. 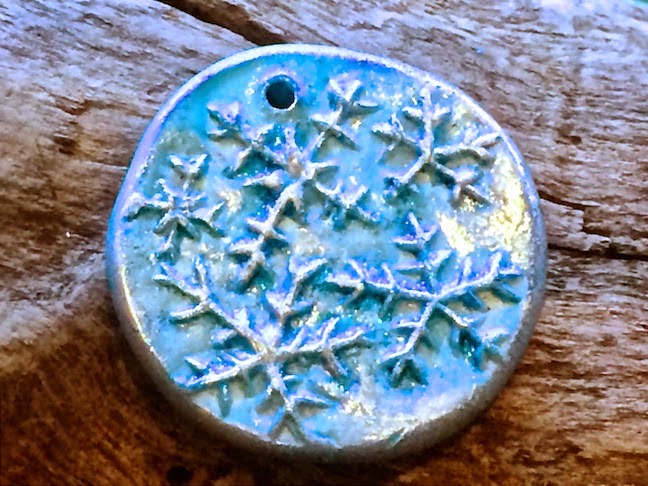 Above pictures and commentary are taken from Andrew's blog.  The following pictures are ones that I took.  Andrew's descriptions are so much more desciptive than mine. 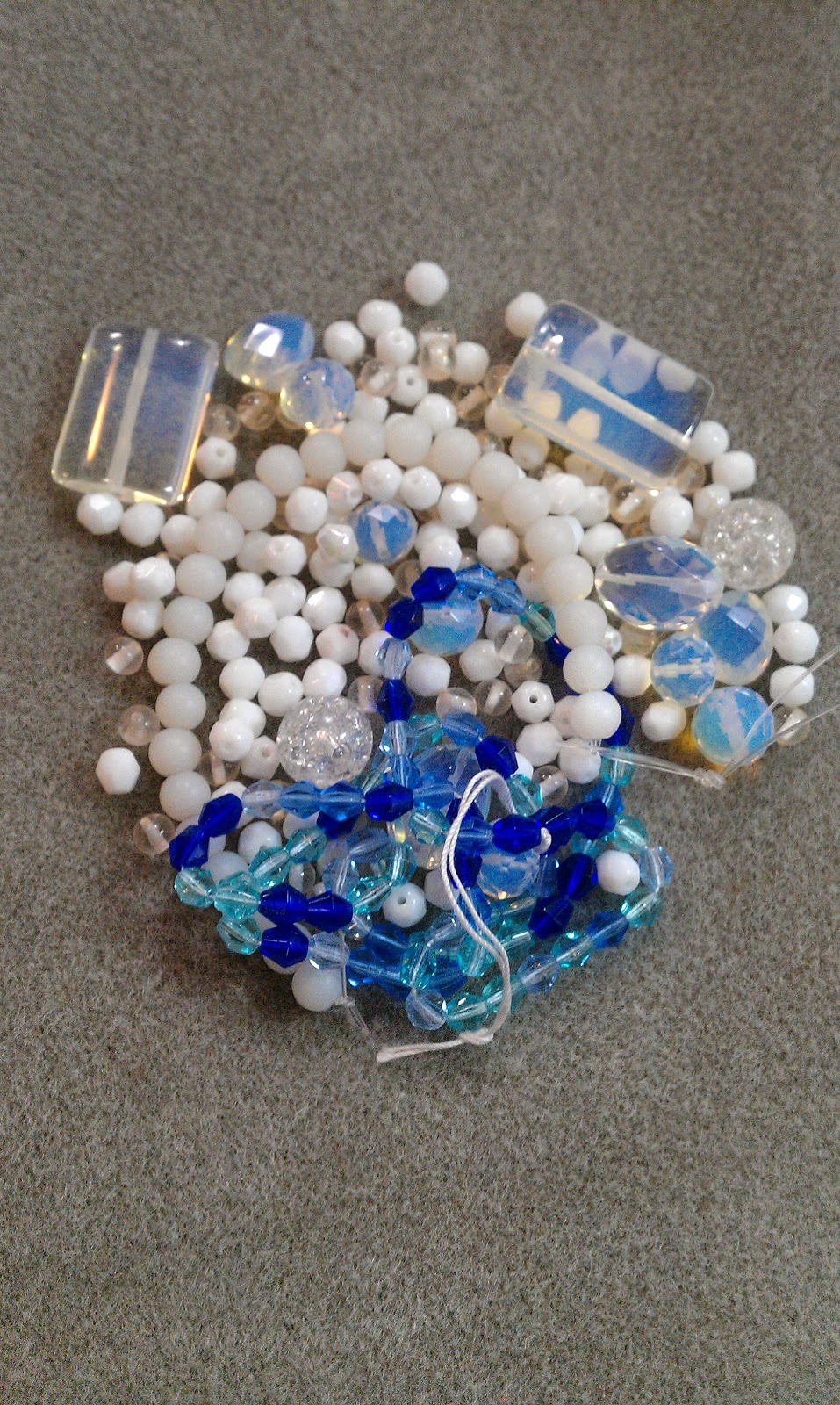 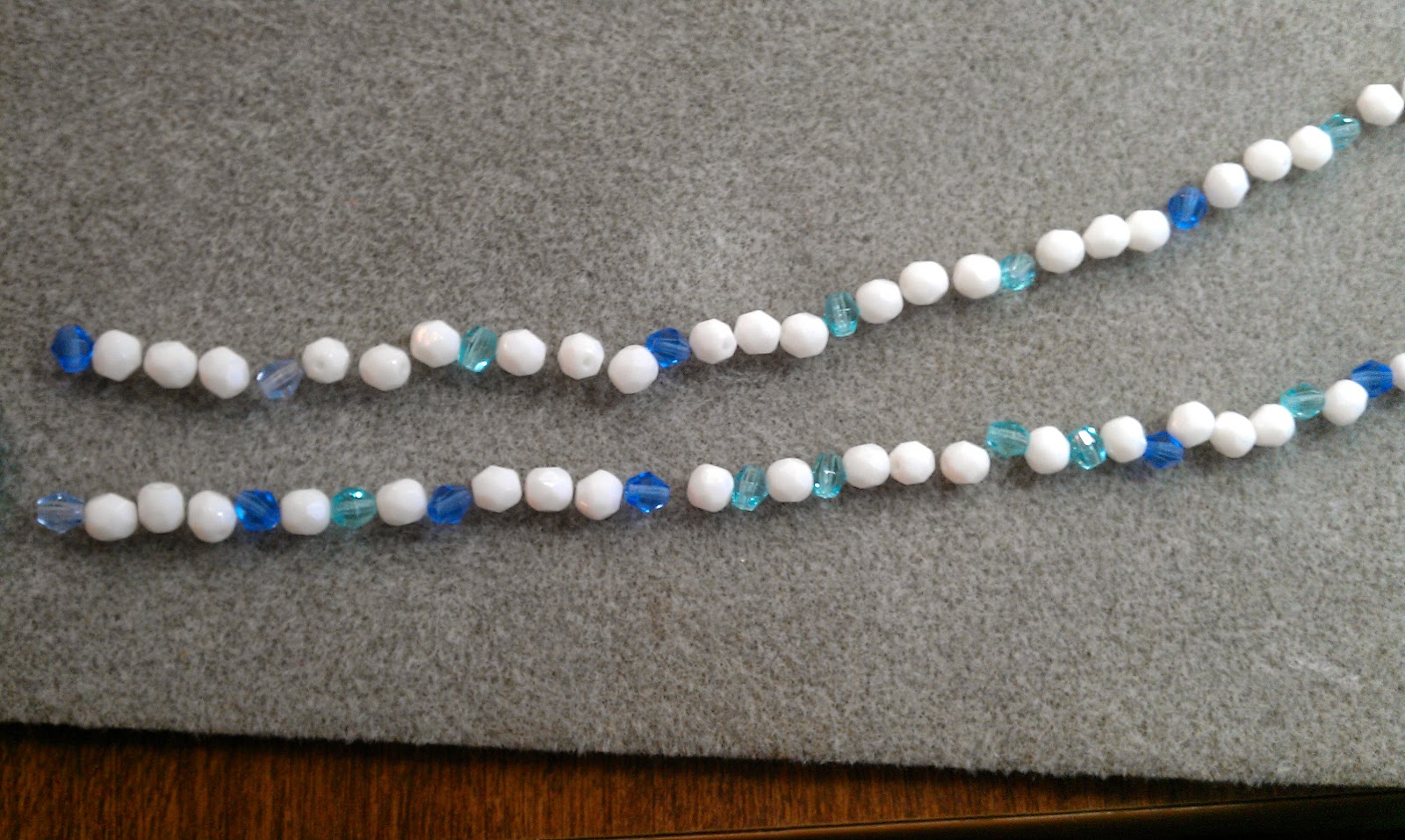 I laid the mystery component on top to see how it would look. 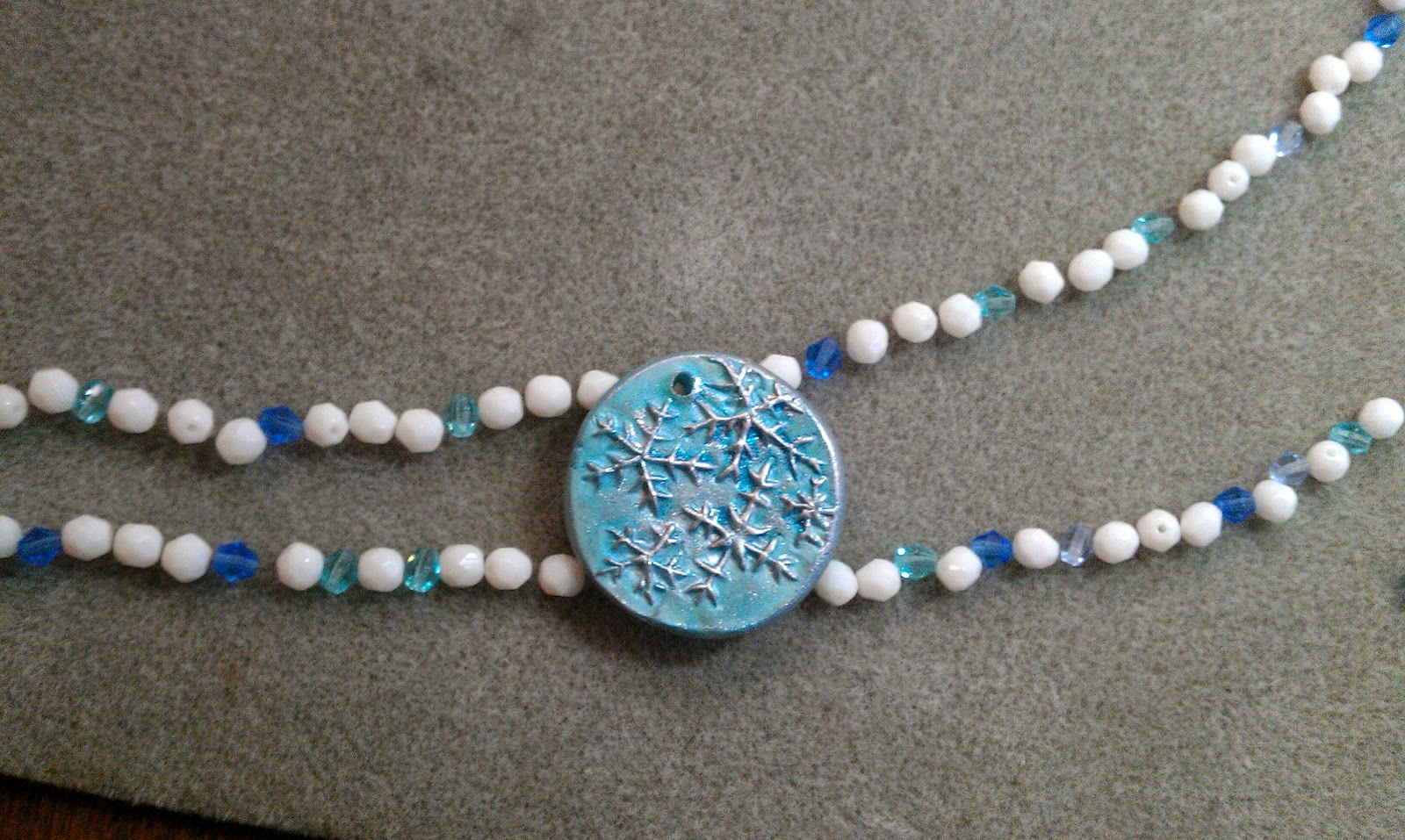 So here's my final decision: 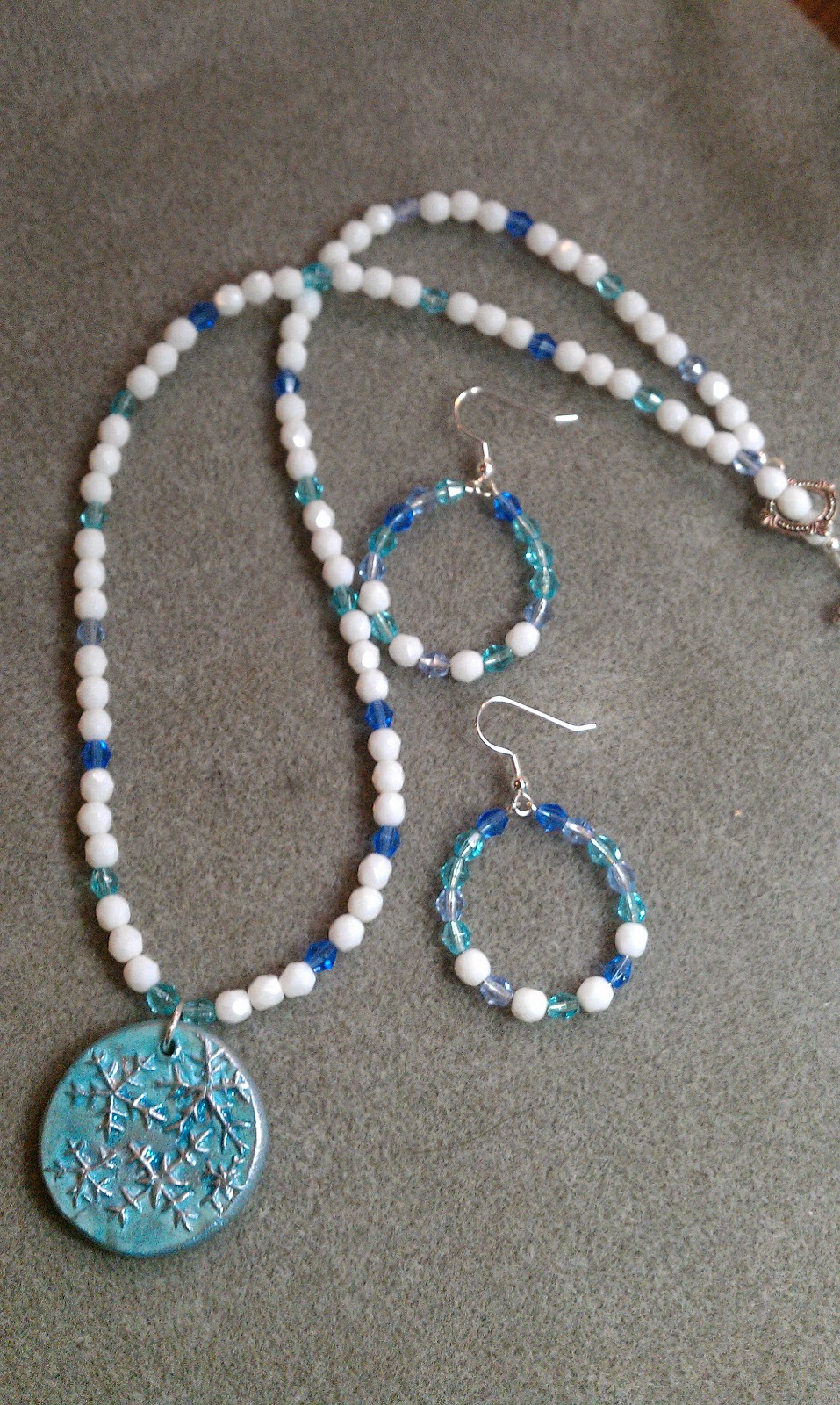 I used left over beads to make hoop earrings.  I made these rather full as just using enough beads to have blue ones on either side of the white and blue ones in the center didn't look right to me.

I used another set of beads to make a pair of earrings: 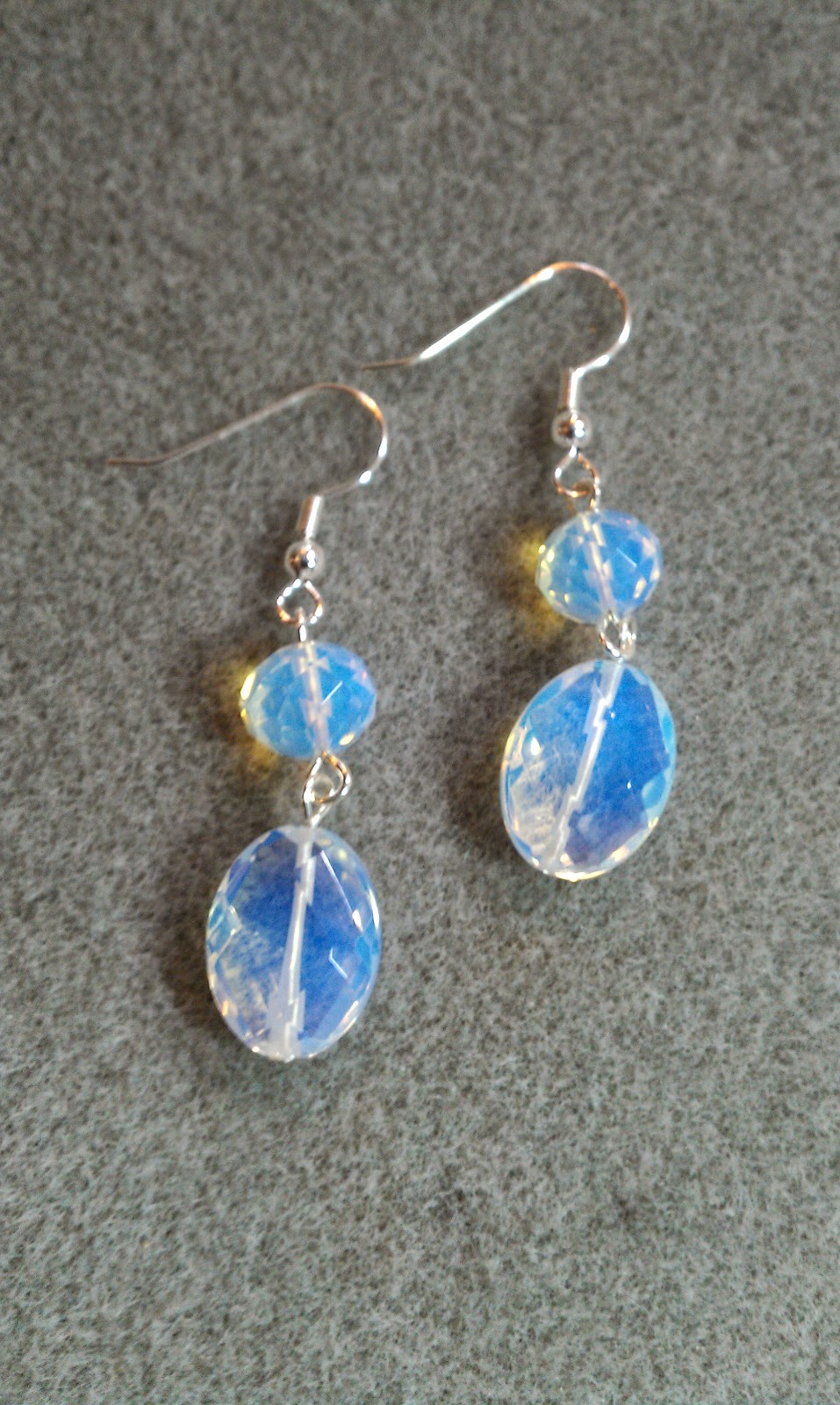 I still have few beads left to add to my stash or Andrew is going to have an after reveal reveal where you show what else you made or what you made but didn't get to post.  I believe this will be towards the end of February but I will let you know.

Be sure to stop by the other participants to see what they made.

Thank you for stopping by.

I was working on my post last night and the computer was not cooperating.  Then I found out I was the first on blog hop list.  accckkkk!!!!

Here is the necklace and earrings that I made.

I will be back tonight to fix my post. 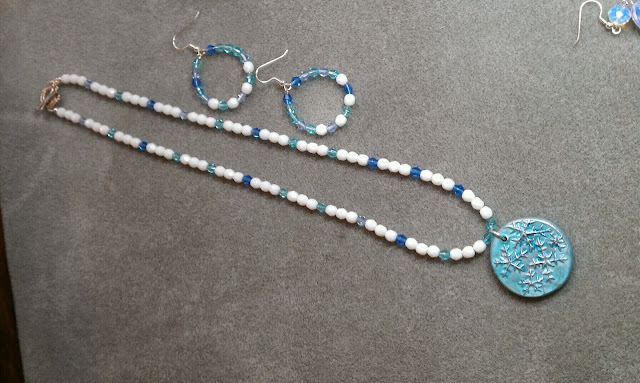 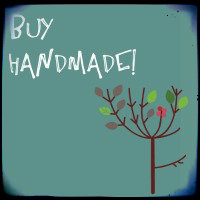